Popular photography – the arrival of the snapshot 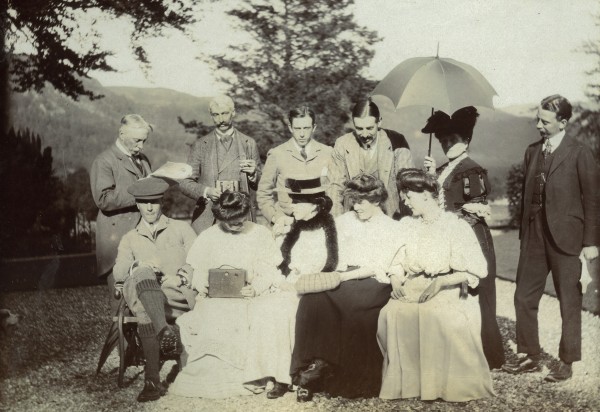 Popular photography – the arrival of the snapshot

Towards the end of the 19th Century the photographic landscape was radically altered by the introduction of new developments in photographic technology, coupled with social changes that gradually brought photography within the reach of almost everyone. Improvements in adult literacy and the introduction of the new working week meant that new leisure interests and industries were created. In 1903 The Daily Mail in England was the first newspaper to use photographic illustrations, bringing the work of photojournalists to mass audiences. Local press photographers and amateur photographers also began to document events and subjects of popular interest.

Portable, affordable cameras, film and printing techniques, dry-plate negatives, printing-out paper and later roll-film, meant that picture-taking increasingly became an everyday activity. When Kodak introduced the first easy to use mass-marketed cameras in 1888 they were accompanied by the famous motto “You Press the Button, We do the Rest.” Inevitably this new technology inspired people to document their daily lives, simply because it was possible (and affordable) to do so for first time. Amateur photographers could now use their cameras to make holiday and family snapshots, recording everyday experiences and events.

These early commercial processes were employed by the Filgate/ Henry family who printed their own photographs using dry-plate glass negatives and printing-out paper. This process also was used by extensively by playwright G.B. Shaw – a passionate amateur photographer – who said:

“I always wanted to draw and paint. I had no literary ambition. I aspired to be a Michelangelo, not a Shakespeare. But I could not draw well enough to satisfy myself; and the instruction I could get was worse than useless. So when dry plates and push buttons came into the market I bought a box camera and began pushing the button. It was in 1898.”

Photography was re-positioned as a medium of representation within reach of the majority, rather than just as a tool for professionals or the preserve of the wealthy. While demonstrating a real and often surprising intimacy, these pictures are still strongly bound by convention. Photography was, and is, a powerful means of self-definition, showing us not only as we are, but more importantly, how we wish to be seen.

Although photographic technology was increasingly available, there was still a noticeable demand for street photographers to produce casual portraits. These photographers provided souvenirs for tourists and also recorded people going about their daily lives. Perhaps the best known street photographer was Arthur Fields, who worked for many years on O’Connell Bridge, Dublin. Fields is the subject of the Man on the Bridge documentary project, which aims to preserve his legacy and the history of a fondly remembered practice. Several examples of street portraiture are included in the exhibition as a testament to this transitional moment in Irish photography.