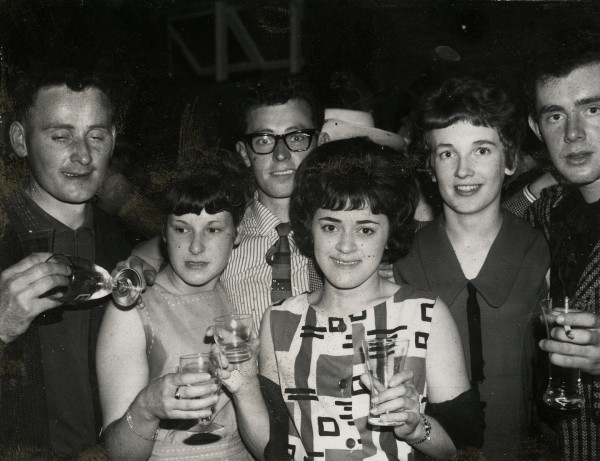 One of the key discoveries of this on-going Photo Album of the Irish project has been the extent to which the most immediate themes of recent Irish history are not directly visible in the photographs that people make, but rather are threaded like so many small absences through our personal narratives. In this sense it is necessary to study what is unsaid as much as what is. Photographs are records of particular events or moments, but also, implicitly, of how we see ourselves and the course of our lives in the context of a wider social or historical moment. That they should be used to articulate our own sense of ourselves in this way is not necessarily (or at least, always) a conscious mechanism, but is undoubtedly one of the roles that photography fulfills.

Of course, one of the most significant realities for countless Irish people has been emigration, so it should be no surprise that we find evidence of this in personal photographs, but the ways in which it is demonstrated are often nuanced and varied. The Smith family collection is important in this regard as is shows the way emigration is both seen and not, recording differences as well as inevitable similarities. it has to be said as well that these situations tend to be acknowledged more in the stories that have accumulated around the pictures than in the albums themselves. In itself, this is an interesting point, suggesting that the photograph is only ever part of the story, at best an unreliable witness to our lives, a signal that what is shown can never really be the whole story. Such pictures are fundamentally ambiguous in their meanings and require the “anchor” of a particular recollection to hold them down to one (authored) interpretation.

Officially or not, emigration has functioned in the context of Irish society as a sort of “safety valve” to reduce the pressure on stretched domestic resources. This has been true from the Famine period right up the present. Of course, the reasons for emigration are bound to be varied, but chief among them is the desire to create a life better than would have been available at home. The question of how this might be represented photographically is complex one, but we might begin to see some answers in the Smith family collection, which forms part of the Photo Album of Ireland project. The ways of “picturing” emigration that we find here are, in fact, not that different from any of the other strategies that make up family albums. Indeed, they hardly appear intentional at all, but in photographing their lives the Smith family collection reveals, in common with so much vernacular or personal photography, a landscape of experience that is not always visible in official narratives and yet strikingly absent of specific markers of that experience – once again we observe the commonalities of the photographic album, regardless of context.

Beyond that however, we can observe these familiar strategies being put to modified ends. One of these of these is to reenforce existing social and cultural ties for the emigrant, to demonstrate those ties still exist even when they themselves are physically distant. In this was photography becomes a way to sustain a sense of belonging to a particular place (or indeed, family) as a psychological necessity even for an emigrant who is content and prosperous in their new life abroad. Photographs made on return visits, such as the one at the top of this post, are an especially significant part of that process. It is not so much that the image forms a useful contrast to their life elsewhere (Birmingham, in this case), but also that it shows them as part of their daily life of the community that they returned to, however briefly. The pictures sustain that connection of family and community, even if it is somewhat idealized. It is important to note as well that the picture itself give very little clue to this. Most of the significant information (and its wider function) comes for the context of the recollection, the family story that surrounds the image. Michael Smith in Cobh on a trip home from his place of residence in Birmingham. Standing with his mother Josephine Smith and family neighbours beside his car in c.1957.

Another important strategy of these pictures, of course, is to contrast the life of the emigrant with that of the family and place he has left behind. These contrasts are often implicit. They are arrived at by the inevitable desire to record an event so emotionally charged as a visit home after what might have been a long absence. It is the passage of time that allows us to see what else might be going on in such photographs, which is not intended to be ostentatious in any way, but remains telling nonetheless. The above image, again from the Smith family collection, does seem to function as a means of articulating the experiences of the emigrant in contrast to those at home. In other cases photographs might be sent home to reassure family members about the emigrant’s prosperity or to entice others to follow. Here we have what is no doubt a treasured personal memento that also functioned as a way of connecting the emigrant to life at home, but that also can’t help but emphasize certain differences as well. These we can see in the coat the man wears, for example, and in the car, which appears to be the only one on the street.

As significant as the visible differences might be, the narrative that accompanies the image has some role to play here as well. Indeed, even the caption that we have used for the photograph in our archive foregrounds a certain reading of it. Studying the contexts and the uses of such images can provide a wealth of information about the social reality of modern Ireland, not so much in terms of what is shown, which is bound to be somewhat ambiguous, but rather in terms of how it is seen and how the images relate to the context provided by family narratives. As such, this social history is concerned with attitudes and perceptions as much as with specific events. That photography can (or at least appear to) authenticate memory, giving a concrete visual expression to these attitudes and experiences means it has played a fundamental role in how Irish people have seen themselves, and their use of photography, even in situations such as that of the emigrant, means we can now begin to better understand the lived history of these experiences.

We can view the whole Smith family collection on the Photo Album of the Irish site here. 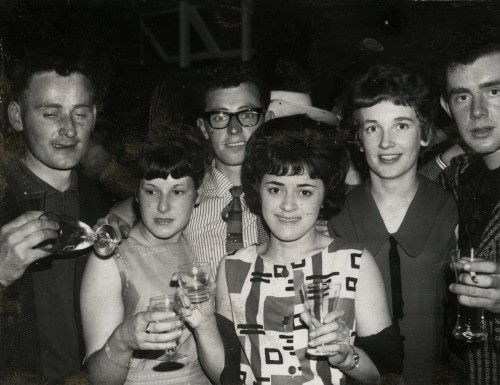