Early photography in Ireland – an introduction 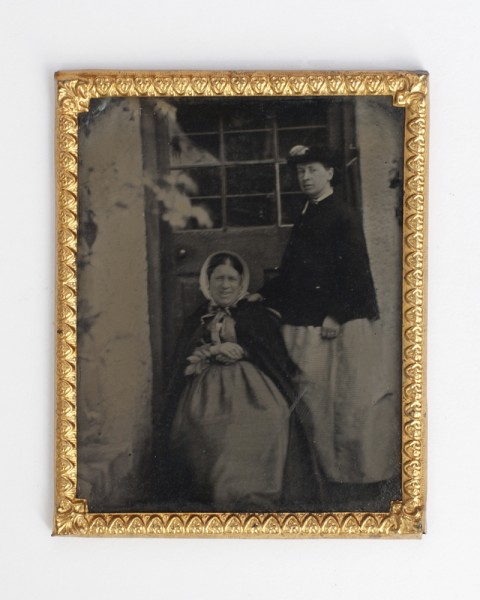 Early photography in Ireland – an introduction

Photography made possible new ways of seeing and encountering the world around us. When Louis-Jacques-Mandé Daguerre announced the first commercially successful photographic process, the Daguerreotype, in 1839, he began a social and technological revolution. Although the different elements of what would eventually become photography had been available for some time, it took the pressures of the 19th Century to bring them together in a meaningful way.

Within the year of the announcement of the Dageurrotype process William Henry Fox Talbot presented his Calotype process, the forerunner of modern photographic processes resulting in a negative image from which many positive copies could be made. The Daguerreotype process was mostly practiced by commercial photographers and competition between these new studios would quickly reduce the initially high cost of having a picture made.

In Ireland, the first photograph was made of a bridge on the River Lagan in Belfast by Francis Stewart Beatty, a Belfast engraver, in September 1839. No copies of this image remain. Early photography was a complex, time consuming and expensive process. The average cost of one Daguerreotype was more than an average weekly wage. It was first practiced in Ireland by professional photographers operating out of commercial studios or by interested amateurs, drawn mostly from the upper classes. Our status as a colonial outpost and close ties to Britain meant that new photographic technologies were quickly adopted here.

The earliest photographs were objects of fascination to all those who saw them. There was no precedent for such life-like images, a particularly strange experience in the case of those viewing their own portrait for the first time. The emerging middle classes added to the demand for photographic portraits. This in turn fueled the push for the continued development of photographic technology.

One of main difficulties with the biggest earliest processes was that they required long exposure times, which were uncomfortable for the sitter. The first Daguerrotype photographs required an exposure time of up to 15 minutes. Special head-rests, tables and props were used to help the sitter hold their pose steady and avoid blurred images. Having to sit still led to people looking rather stern and stiff. The act of getting your photograph taken was perceived as a serious event linked to status and respectability.

In just a couple of years improvements to the processes reduced this time to a minute or less. This enabled some relaxation on the part of the sitter. From the 1850s onwards the wet-plate collodion process overtakes the Calotype and Daguerreotype in popularity, soon replacing them both entirely.