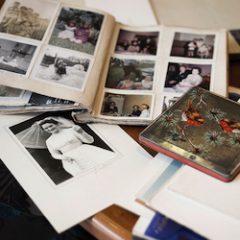 The Photo Album of the Irish – Washington D.C.

Archive scanning sessions at the Irish Embassy in Washington DC May 2019.  Visit the U.S. Album section of this site to view the U.S. Edition archive. 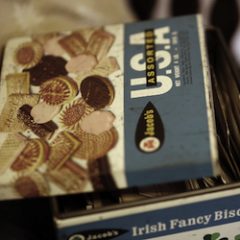 Working with our partners at the Irish Arts Center, NYC,  we invited people with Irish heritage to contribute to the Photo Album of the Irish archive. Contributors brought their album to the free scanning session where we made high quality digital scans. 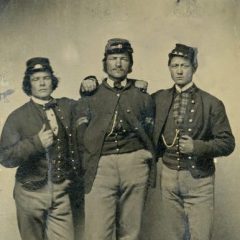 Photo Album of the Irish – the tour continues
Posted February 3, 2019

This touring exhibition emerges from an ongoing democratic archive that is a celebration of ordinary and extraordinary histories, viewed from the perspective of private individuals and families. From the earliest photographs taken in the 1850s to the advent of the digital era in the early 1990s, these images reveal details about how people lived, worked, and gathered that official historical records may have overlooked. 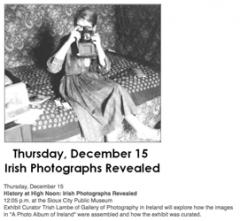 ‘A Photo Album of Ireland’ touring exhibition started its tour of across the U.S. at Sioux City Museum, Iowa. The exhibition opened on November 12  and continued until January 8 2017.

Located in the heart of downtown Sioux City, the Sioux City Public Museum features large, colorful exhibits, interactive displays, and much more. This traveling exhibit is a program of ExhibitsUSA, a national division of Mid-America Arts Alliance and The National Endowment for the Arts. 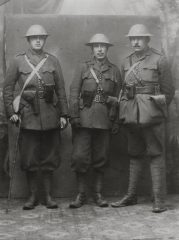 Reflecting Ulster exhibitions in Monaghan County Library, Clones and the Market House, Monaghan present eyewitness photographs reflecting this pivotal period in Ireland’s history: the build up to the First World War, the Easter Rising and it’s aftermath, and the Battle of the Somme. The exhibitions draw on the wealth of photographic material held in national and private family collections to explore how photography recorded, documented and shaped our memory of the events of 1916. Supported by Dublin City Council, Monaghan Heritage and Arts office and the Dept of Foreign Affairs Reconciliation Fund. A Gallery of Photography Touring Project. 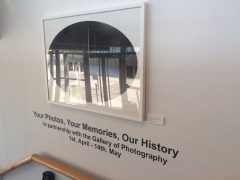 The Photo Album of Ireland exhibition at Mermaid Arts Centre, Bray
Posted May 16, 2016

The Photo Album of Ireland exhibition continued it’s tour to the wonderful Mermaid Arts Centre. The exhibition was curated by Gallery of Photography in partnership with Niamh O’Donnell, director of Mermaid Art Centre.  The works were selected to reflect the histories of local families and themes which resonate with the Decade of Centenaries commemorations.

The exhibition was supported by a series of archival scanning sessions inviting people from Bray and the wider Wicklow area to bring their precious family photographs to the Mermaid Arts Centre for digital scanning. The archival sessions were led by digital archivists Brendan Maher and Niamh Crowley. 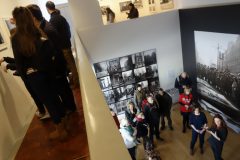 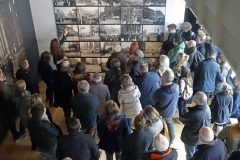 Reflecting 1916 was the gallery of photography’s photography-based programme exploring how photography recorded and reflected the build up to and aftermath of the Rising. This specially curated photographic exhibition, street-based art installations, outdoor projections and public talks and workshops. 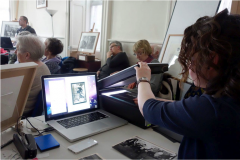 Niamh and Brendan worked with the local people to scan family photographs and memorabilia relating to the build up to and aftermath of the Easter Rising. It was fascinating to hear at first hand about the experience of families such as the story  of Christine Caffrey and her husband who both fought during the Easter Rising. Christine worked as a ‘dresser’  in a number of theatres in Dublin including the Abbey Theatre. 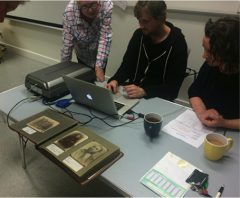 The Photo Album of Ireland exhibition continued it’s tour to South Dublin Libraries in the summer of 2015. It was supported by a series of family workshops which showed participants how to care for and archive their family photographs. The workshops were led by digital archivists Brendan Maher and Niamh Crowley. 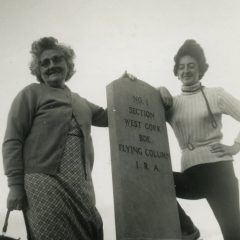 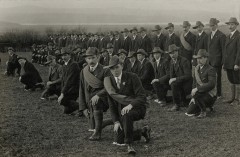 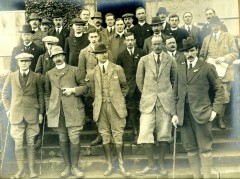 The Photo Album of Ulster at Gallery of Photography
Posted May 23, 2015 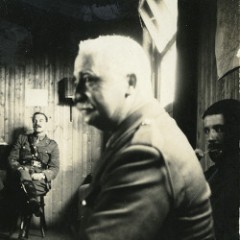 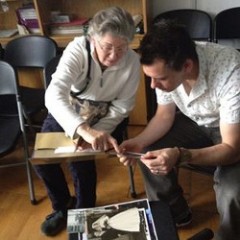 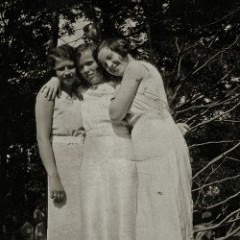 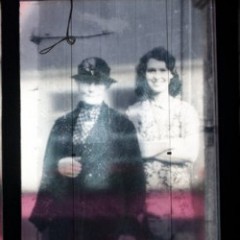 The Photo Album of Ireland Touring Project was shown at the Markethouse Arts Centre, Monaghan from 14 August until Sunday 26th October 2014.