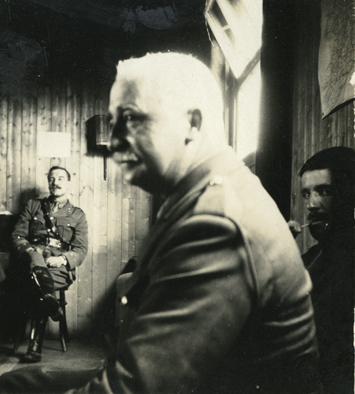 This outdoor projection event curated specially for Donegal County Museum presented a selection of family photographs collected as part of the Photo Album of Ireland Touring project and featured photographs of Donegal men and women who served in World War I from the Museum’s own collection. This event was organised to coincide with the exhibition Remembering World War I – The Donegal Story which continues until January 2015. The team from the Gallery of Photography Ireland gave an illustrated introduction to the project.

A Photo Album of Ireland exhibition curated specially with Donegal County Museum will be presented in March 2015.