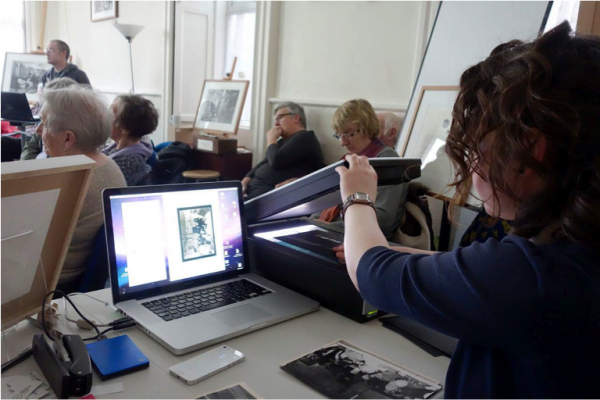 The East Wall History group are a very active local history group led by Joe Mooney. They have carried out extensive research into the history of the area from diverse perspectives. Niamh and Brendan worked with the local people to scan family photographs and memorabilia relating to the build up to and aftermath of the Easter Rising. It was fascinating to hear at first hand about the experience of families such as the story of Christine Caffrey and her husband who both fought during the Easter Rising. Christine worked as a ‘dresser’  in a number of theatres in Dublin including the Abbey Theatre.

Joe Mooney participated in our Reflecting the Rising programme of talks here in the gallery on Easter Monday. He gave a fascinating talk to a full house outlining the pivotal role the East Wall played in the unfolding events of Easter week impacted the East Wall area and its people.