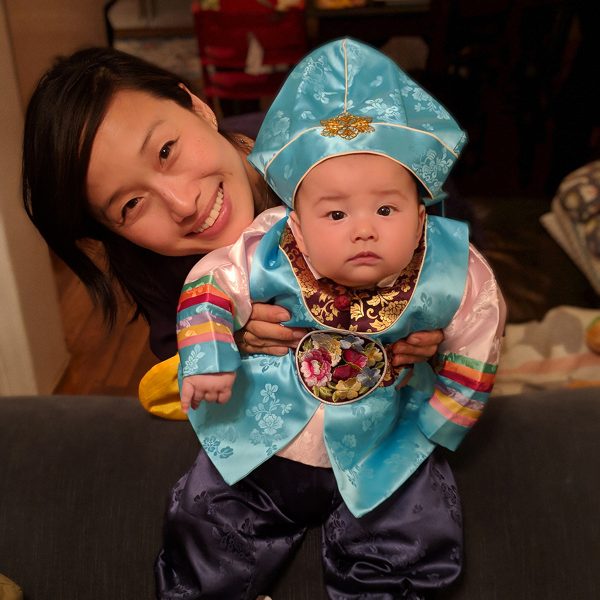 From the O’Flaherty album.

Rory O’Flaherty’s family hails from Kerry on their father’s side and Sligo on their mother’s side. Rory was born in Dublin in 1971.

Elizabeth O’Flaherty was born in Korea and raised in Carmel, New York, by Ruth Ann Maertens and her husband, Hank, a Lutheran pastor.

Rory emigrated to New York City in 1992, worked in advertising and is now based in Brooklyn. He met Elizabeth Hyun Maertens in the late 1990s, but they didn’t start dating until much later in 2012. Then one year later they were married. Their world changed with the arrival on December 19th 2017 of Oscar Walter O’Flaherty — born in New York City.

As befits the new ‘digital native’ generation, much of Oscar’s album has been selected from digital platforms such as Instagram. The album is a fine example not just of today’s more relaxed attitude to the camera, but also of the integral role photographs now play in everyday family life.