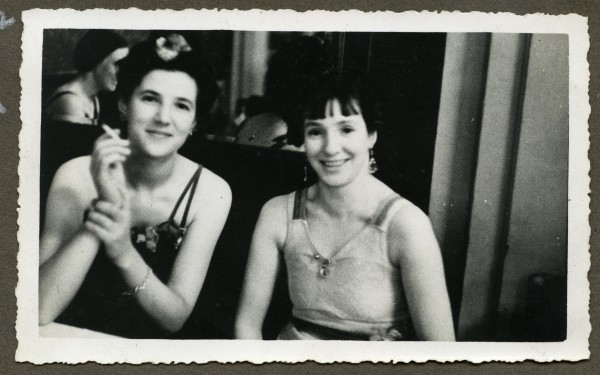 Image from Trinity College, 1939 – most likely of the “Colour Dance”, though the image has also been noted as “Rag Week”.

Timothy (Tim) O’Driscoll grew up in Cork city and was a keen rugby player. He achieved a place in the Department of Industry and Commerce, and studied at night in Trinity College Dublin, which was very unusual for a Catholic at the time. He went on to play rugby for Trinity and Landsdowne and played squash for Ireland. He became an important figure in post-World War 2 Irish public service, playing a part in the establishment of Shannon Airport, Aer Lingus, and the world’s first duty-free facility at Shannon Airport (Aer Rianta). He lived in Montreal while representing Ireland at the International Civil Aviation Organization, and in Paris while at the OECD. Back in Dublin, he set up Coras Trachtála Teo, the export board, and served as a diplomat in the Netherlands.

Tim O’Driscoll was hugely influential in the development of Irish tourism. During his time with Bord Fáilte he helped to set up An Tostal, (which led to the Irish Theatre Festival), the Tidy Towns competition, Ireland of the Welcomes magazine and ROSC, the international art biennale. After retirement he continued to work for An Taisce, the Georgian Society, European Heritage Trust and the European Travel Commission among others. He also served as a tourism consultant to the Shah of Iran and the Indian government.