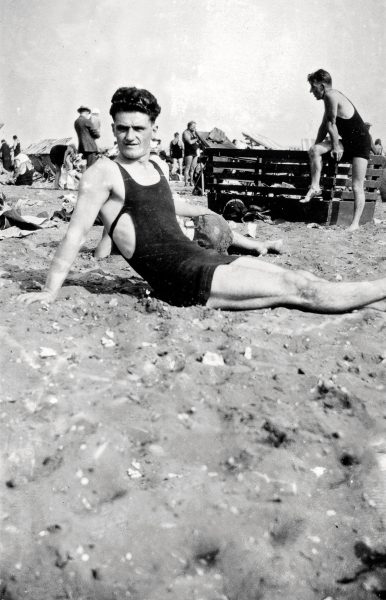 Sioban’s maternal grandfather Andrew C. Moore was born on January 12th 1905 in Dublin. He was the youngest of 10 children. In 1926 Andrew traveled from Dublin to Liverpool and then to New York. There, he secured a job with the New York Telephone Company. He was an avid photographer throughout his life. Sioban’s maternal grandmother, Julia Lennon, was born in Tinnecarrig, Boris, County Carlow, August 30th 1908. Andrew and Julia met in New York, where they married in 1932.

Mary Kathleen Moore was born in New York in 1935. Her brother Andrew C. Moore, Jr. was born in 1939. By all accounts, he was a happy child, until he turned 3. Now we understand that he was severely non-verbal autistic. His condition kept him at home, being cared for by his parents and Mary, and then Mary alone, after their parents died.

Alphonsus FitzGerald, Sioban’s paternal grandfather, was born in Halper’s Lane, Limerick, May 4th 1896. He was an infantryman in World War 1 and fought in France. He went to New York in 1923, but returned to Ireland shortly after. He met Margaret “Madge” Doyle in Limerick and they married there in 1928, departing for New York the following year. Their son James Francis FitzGerald was born in 1930, shortly after Madge had returned to Limerick. Madge went back to New York at the start of the Second World War, leaving James in the care of her parents and siblings. The family was only reunited in 1945.

James left school at 16 to join the United States Air Force. After his service, he returned to New York City and enrolled at St. John’s University, where his tuition was paid via the GI Bill. There he met Mary K. Moore. James then re-enlisted in the Air Force and their relationship became long distance. He was stationed in Japan during the Korean War. They married in 1960 and Sioban FitzGerald was born in 1961.

After James was discharged from the Air Force, he and Mary moved with baby Sioban to San Francisco. Their son Conor FitzGerald was born in 1963. Sioban and Conor were raised in San Francisco. Today, Sioban lives in Walnut Creek, California with her husband, Matt and daughter, Alana. Conor lives in New York City.