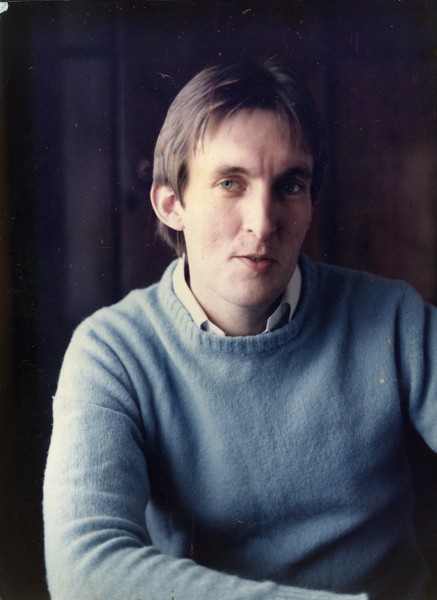 Laurence McKeown as a young man

Family photographs from the family album collection of Laurence McKeown.

The McKeown family lived near Randalstown, County Antrim. The album contains photographs which feature his mother Margaret and father George. A number of photographs were taken at the family home in Carngranny which was demolished to make way for the construction of the M2 Motorway from Belfast to Randalstown. A new house was built beside his grandmother’s house in Whiteshill, outside Randalstown where Margaret and George Laurence’s lived for the remained of their lives. Margaret died in the house in 1983.  George passed away nearby in 1988.

Laurence took part in the 1981 Hunger Strike. The photograph that was selected to represent Laurence was a photograph taken from a group photograph when he was Best Man at his sister’s wedding. The album also contains a series of photographs taken between 1982 and 1992 in the H-Blocks of the Maze Prison. Some of these (in the early 1980s) were taken with a smuggled camera and film smuggled out of the prison and developed. In later years the Prison Authorities facilitated the taking of photographs of prisoners by prison guards at the prisoners’ request. Later photographs in the album were taken after Laurence was on temporary release, on parole at Christmas and in summer. He was released from the H-Blocks in 1992.

Laurence set up home in Ballymurphy, West Belfast in 1992. He went on to study at Queen’s University, Belfast where he was awarded a Doctorate in Social Sciences in 1998. Photographs after this time feature personal family photographs of his then-partner, Deirdre and his two daughters Caoilfhionn and Órlaith who were born in September 1996 and September 1998.