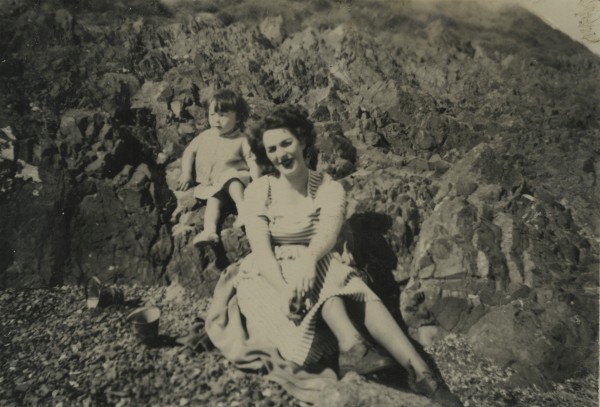 Hazel McKee on the beach 1950s

Hazel McKee on the beach in Balbriggan in the 1950s.

Peter McKee was born in Balbriggan – he currently lives in Castlewellan, County Down. He is a self taught photographer. Included in this collection are family photographs which feature his late mother, brother and sister.

During the early 1970’s he was an organiser for the Belfast headquarters of the Northern Ireland Civil Rights Association (N.I.C.R.A). He participated in and documented the Civil Rights marches and the unfolding events at the onset of the Northern Ireland conflct. At times of civil disorder photography was a powerful tool for recording incidents and events. It was of particular value to NICRA in documenting abuses and counter official views of key protests, marches and subsequent injuries.

As part of his work for NICRA Peter decided to take photographs to record key events. His position as a community worker meant that he was a part of the community he photographed. His photographs present a different sensibility to much of the photojournalistic work focusing more on the responses to events rather than the events themselves. This substantial archive of over 4,000 negatives is currently being archived.

Album: McKee // County Down
Click here to see all thumbnails in larger format