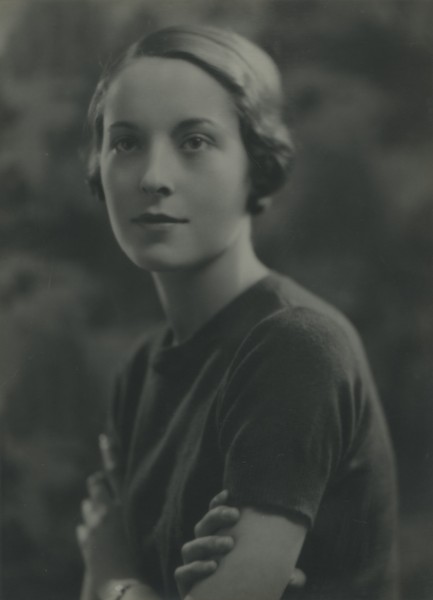 Portrait of Elizabeth O\'Driscoll (née McKay) as a young woman

Elizabeth O’Driscoll, (née McKay), photograph c. 1930. Elizabeth was about 20 years old when this photograph was taken. She was the daughter of Margaret McKay (née Minnis) and John McKay. She was born in Dublin though the family originally came from County Antrim. The family later moved to India where her father was a tea prospector. The family were Unitarians.

John Wallace McKay was from a Unitarian farm family in Ballymoney, County  Antrim. He studied agriculture at Albert College in Dublin, before working for the Assam Company, India during the First World War. He then travelled India and East Africa as a tea prospector. On returning to Dublin he was instrumental in setting up the allotments along the city’s canals. John McKay’s wife Margaret Minnis also came from a Unitarian farm family, in Ballygowan, County Down. She taught for a time in school in the basement of the Unitarian Church on St Stephen’s Green, later the Damer Theatre. The school also catered for many of Dublin’s Jewish families. John and Margaret had three daughters, Margaret, Elizabeth and Alexandra in the early years of the 20th century. Elizabeth married Timothy O’Driscoll in 1941 (see O’Driscoll Album).