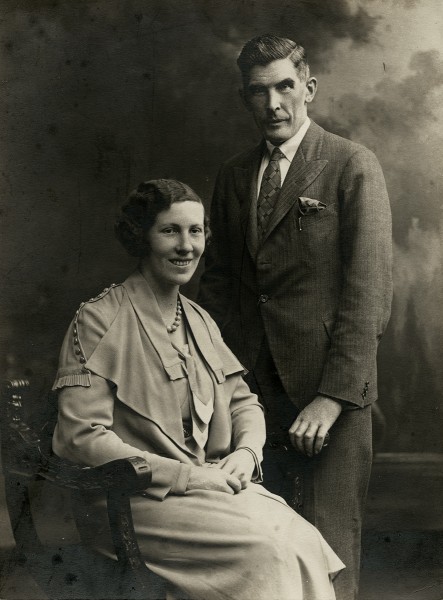 This album belongs to a family archive held in Kildare by Aisling McCoy’s father. The photographs document her paternal grandfather John McCoy’s life & that of his family. The album begins with a formal studio portrait taken of John as a small child with his parents c. 1890.  It charts his progress as a young man involved in the The Fourth Northern Division of the old IRA in Armagh during the War of Independence, a wedding portrait with his first wife Delia, and his second wife Tilly (Matilda). Included in the album are also some photos of his eldest son Colm who was a successful amateur boxer gaining a bronze the European Championships in Lucerne 1959 and representing Ireland again in the Rome Olympics in 1960. Finally John is shown as an old man seated in his wheelchair at the centre of the bridal party at his daughter Ailish’s wedding in the 1970s.