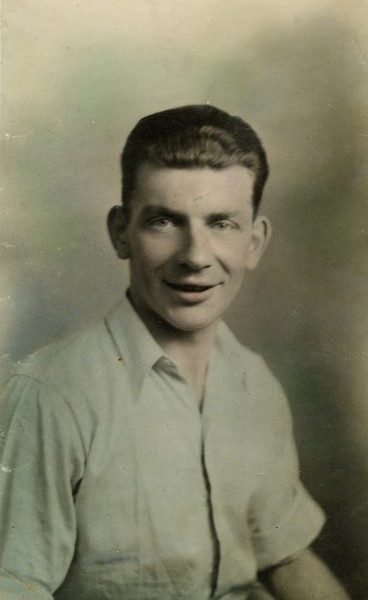 Joe Masterson from Dublin, an example of a hand-tinted print, c. 1930s.

The Masterson collection of photographs is held by family member Terry Webster, a native of County Dublin. The collection features individuals who took part in many of Ireland’s iconic histories including the Dublin Lockout of 1913 and the First World War. Terry’s father James Masterson – a Jacob’s factory worker – took part in both events, surviving the war and joining St John’s Ambulance in Dublin. The collection is comprised of cabinet cards, silver gelatin prints and hand-tinted prints.

Terry Masterson currently lives in Kilmainham, where she is a member of the Bulfin Ladies Club.