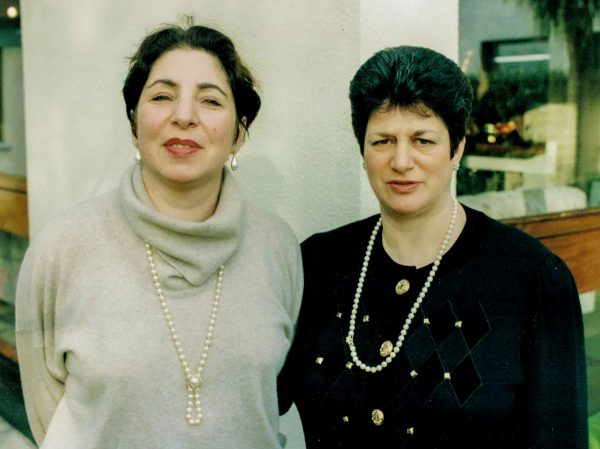 One of the earliest photographs is a portrait of David’s great-grandmother Martha and grandmother Frieda Cherrick taken in the Ross Studio in the 1920s. More informal photographs include pictures of his grandparents, Ettie and Samuel Kronenberg and Hyman and Frieda Shaper, the sporting pursuits of his parents Geoffrey and Lila (Shaper) Kronn and the wider Cherrick, Kronn, Shaper and Woolfe families. Later photographs record foreign holidays and family get togethers in Ireland and New York City.

David’s father Geoffrey was born in Dublin in 1934. He studied medicine at the Royal College of Surgeons in Ireland, graduating in 1958. Geoffrey did advanced training in Dental Surgery in Boston in 1962–63, before returning to Dublin in 1963 to establish

his own dental practice. His mother Lila (Shaper), born in Dublin in 1941, was a keen table tennis player, who participated in the 1955 Leinster Championship.

David studied medicine at Trinity College Dublin, graduated in 1989 and moved to New York in 1990 to pursue advanced training in Medical Genetics. He is Associate Professor of Pathology and Pediatrics at New York Medical College, Director of Medical Genetics at Boston Children’s Health Physicians, and is a noted photography collector living in New York.