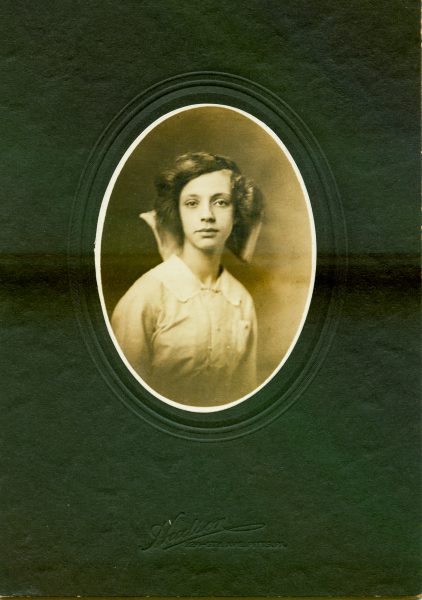 Jennie Weaver, Tim”s grandmother, was a first-generation American. She grew up in Pittsburgh, Pennsylvania and her family were from England.

Our contributor Tim Kovar met his future wife Miriam in the queue at the Savoy Cinema on O’Connell Street in Dublin while on a college exchange programme. They got married in Florida and moved back to Ireland in 1991. Their two sons talk with a mixture of American and Irish accents — and now get the Irish-American label in a different way.

Tim considers himself a typical mongrel American, with Czech, German and English ancestry. In the late 1800s, Tim’s great-grandfather Jaromir Kovar was a Protestant minister in the overwhelmingly Catholic region of Bohemia, in what is now the Czech Republic, but was then a part of the Austro-Hungarian Empire. Jaromir emigrated with his young family, including Tim’s grandfather, Timothy J. Kovar, to Pennsylvania via Canada, where they had to wait for permission to enter the U.S.

After living in America for only ten years, T.J. Kovar joined the U.S. Army in World War 1. He served in France, where his engineering unit built railway lines.

Jennie Weaver, Tim’s grandmother, was a first-generation American. She grew up in Pittsburgh, Pennsylvania and her family were from England. Jennie and T.J. Kovar were married in 1922 in Pittsburgh and had four sons. Timothy J. Kovar, Jr., Tim’s father, later enlisted in the United States Air Force. His brother Bob was killed in 1948 while serving as a test pilot. Tim’s family moved frequently when he was growing up, spending time in Nebraska, California, England, Kansas, and finally, Florida. Tim’s grandparents retired to Florida in the 1960s and his family are still there, with his cousins scattered along the east coast of the U.S.