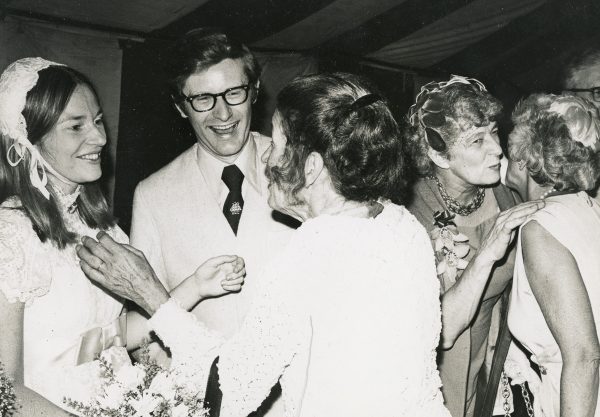 Taken from the collection of the late Moira Kennedy, this album gives an insight into life in 20th Century America.

Her grandparents John Kennedy (County Kerry), Ellen Barry (County Kerry), Joseph Driscoll (County Waterford) and Margaret Bergin (County Offaly) all emigrated from Ireland to the United States in the late 1890s. The four would follow a similar path, departing Cobh — then known as Queenstown — County Cork by ship bound for Boston. They travelled to Worcester, Massachusetts, where siblings, relatives or friends would have previously settled.

In Worcester, John Kennedy met and married Ellen Barry, likewise Joseph Driscoll and Margaret Bergin met and married there. These two couples lived and raised their families in the town, while working in factories, mills, shops and in service. Their children John F. Kennedy and Helen Driscoll would later marry and raise their own family – Brendan,Moira, Sean and Brian. Helen was a lawyer and a probation officer for juveniles in Massachusetts. John was chief of the Industrial Property Management Branch of the Defense Contract Administration District, Hartford, Connecticut.

Moira studied at Albertus Magnus College in New Haven, Connecticut. After graduating she initially worked in Columbia University, New York, handling international chemistry applications, and later served at the President’s administrative office to create the University’s Senate. She went on to become assistant director of development

at Columbia Law School. Moira married Cormac O’Malley in 1971. Together they would have two children, Bergin and Conor. At various times the family lived in New York, Mexico City, Brussels and London, where Cormac was International Legal Counsel for various divisions of Bristol-Myers Squibb. They later settled in Stonington, Connecticut.

A committed fundraiser for charitable and Irish cultural causes, Moira served as the first executive director of The Ireland Fund in 1976. With Cormac she also became actively involved in the American Committee for Ulster Justice, a group of prominent Irish Americans that campaigned to make the Troubles in Northern Ireland an American foreign policy issue. Moira was a lover of poetry and opera and a great supporter of the Irish American Cultural Institute. She was a Board member of the Irish Georgian Society in the United States, hosting lavish fundraising dinners in New York, as well as frequenting Irish cultural events in New York.