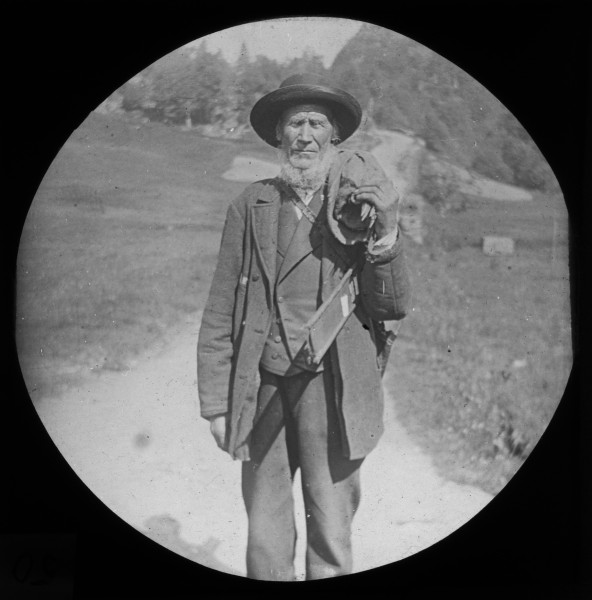 One of the most unique contributions to photography in Ireland during its earliest decades was made by Jane W. Shackleton, born in 1843. This selection of Shackleton’s photographs illustrate her collection of “magic lantern” slides, the magic lantern or Laterna Magica was an early type of image projector developed in the 17th century. It was commonly used for educational and entertainment purposes.

Shackleton initially concentrated on domestic subjects, making many fine portraits and photographs of life on the family’s estates – in his introduction to Jane W. Shackleton’s Ireland, Christiaan Corlett writes, “It appears that Jane first began taking photographs of the children, extended family members and friends in the mid-1880s.” From this beginning, she went on to photograph extensively in the surrounding areas, along with visits to sites of archaeological interest. Canals and other waterways were also a frequent subject. These photographs are of particular interest, giving a privileged glimpse of Ireland’s industrial heritage.

Shackelton made use of the dry-plate process, which meant that the negative did not have to be developed immediately after exposure. The ability to store exposed negatives and to carry a supply of ready-made plates gave photographers a considerable freedom of movement. Shackleton took full advantage of this, travelling to the West of Ireland repeatedly, as well as further afield mainland Europe and to Norway.

Jane Shackleton’s photography from the West of Ireland is among her most enduring achievements. Her first visit to the Aran Islands off the coast of Galway was in 1891. She chronicled the landscape and its people with a gritty, sympathetic realism that does not shy away from the harsh conditions under which her subjects lived. She also recorded aspects of local architecture, especially churches and other religious sites. Shackleton produced lantern slides from her photographs in order to give illustrated lectures about her travels. The death of her mother Mary Edmundson in 1906, with her husband Joseph F. Shackleton suffering a stroke in the same year, seems to have brought her photographic activities to close. Jane W. Shackleton herself died in 1909. Seen as a whole, her work is an invaluable record of a country on the cusp of inevitable change.