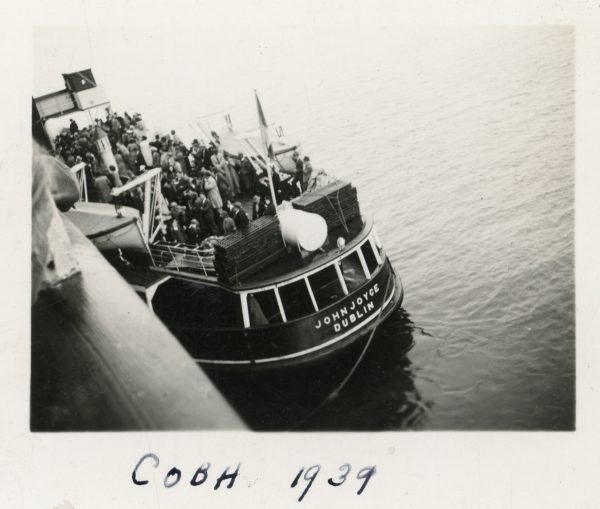 Michael J. Donnelly was born into a hard-working farming family in the Parish of Upper Creggan, County Armagh in 1895. In 1911, he was employed aged 16 as a servant on a nearby farm. He became interested in politics and joined the Fourth Northern Brigade of the Old IRA, which came out to fight during the Easter Rising in 1916. The brigade saw no action that Easter Sunday, but it is said that Michael J. Donnelly did indeed cycle as far as Dublin. This was the start of his active engagement in the struggle for Irish Independence, which saw him interned in Frongoch for most of that year.

It was at this point that he left Ireland bound for America, to find work and keep out of trouble. He worked as a barman in New York and in a drug store. However, his interest in political causes was still alive and he attended a speech by Leon Trotsky in New York in 1917. Shortly after this, Michael returned to Ireland and once again resumed his involvement with the Old IRA. From 1919 to 1923, he took part in the War of Independence and the Irish Civil War, fighting on the Anti-Treaty side led by Éamon de Valera.

While life was returning to normal in Ireland, Michael J. Donnelly met his wife, Mary Moore in Dublin. Most of Mary’s family had already emigrated to the United States, including her brothers Andrew and Jim and her sister Nellie. Michael then returned to New York and Mary Moore followed. They were married in St. Malachy’s Church on Broadway, New York in February 1927. They travelled to Philadelphia in search of work and it was there that Patricia (Patsy) Donnelly their first child, was born in February 1928. However, the Depression had begun to bite, and they moved to a suburb of Quebec in Canada in the first year of Patsy’s life. As the economy improved, the family moved back to New York, where their second child, Frank, was born in Astoria in 1930. Michael also settled into a successful career with the A&P Supermarket chain.

Though surrounded by her immediate family in New York, Mary became quite homesick and wanted to return to Ireland. The decision was made to return, and Mary travelled back to Dublin with her children Patsy and Frank. They got a house in Booterstown Avenue, Blackrock, County Dublin and were later joined by Michael. With a partner, he set up in business, and this was later expanded into a manufacturing plant, which prospered over the next 30 years. Mary Moore passed away in 1964 and Michael subsequently sold the business. In 1974 he was involved in the restoration of Kilmainham Gaol alongside Sean Dowling. Michael J. Donnelly passed away, at home, in March 1981, aged 89 years.