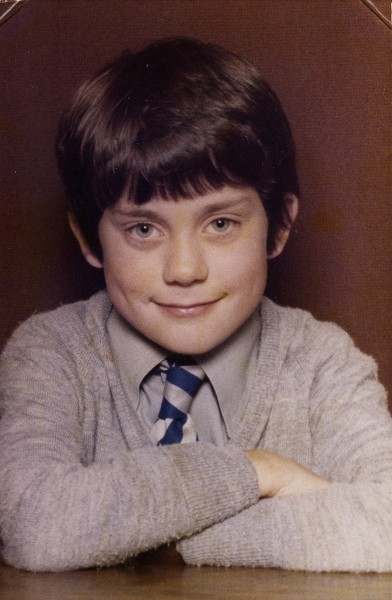 Christian Brother Schools (often abbreviated to CBS) are common in Ireland but found all over the world. The Congregation of Christian Brothers, a Roman Catholic Order, was established in Waterford in 1802 by Blessed Edmund Ignatius Rice, and the schools were originally managed by members of the religious community and today are mainly staffed by lay teachers.

Politically, the schools were traditionally Nationalist in their leaning, and supportive of Irish culture, language, and GAA sports – Irish football and hurling were encouraged, and playing soccer was forbidden in some schools.

The Shanahan family album features photographs from the 1960s, 1970s and 1980s. Their photographs illustrate the emergence of an urban youth culture and the evolving modernisation and rapid economic development in Ireland.

Maura (née Devery) and Luke Shanahan got engaged in London. This family collection follows their courtship, engagement – marked by a photo-booth portrait from Harrods commemorates – and marriage in 1968. Their three children, Niall, Darragh, and Sinéad, were born in the early 1970s.

Their collection of family photographs chart the transition from black and white through to colour photography. This covers the period during which 4 x 4 inch colour prints were becoming the standard commercial photographic format, made popular by Kodak’s Instamatic camera.

The Shanahan family, who have lived in the suburbs of South Dublin since the 1970′s, today live in Kilmainham, where Maura Shanahan (née Devery) is a member of the Residents Association and the Bulfin Ladies Club.