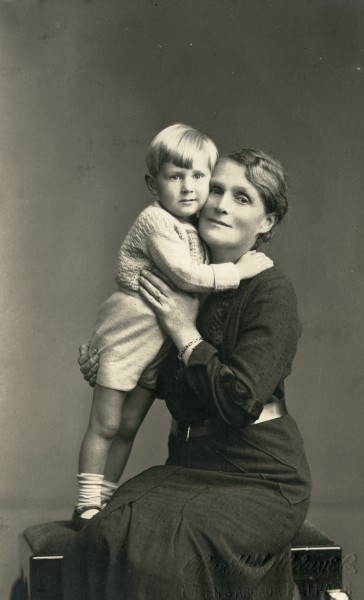 Eric Scott was born in 1895 in Portrush, County Antrim, the son of AC Scott JP (1852-1931), a Portrush businessman and of his wife Marion (née McCombe) (1856-1927), a school-teacher, born in Antrim town. His paternal grandfather, George Scott, was the Master Pilot for Portrush, Coleraine and the Bann; his maternal grandfather was Dr Thomas Sheriff McCombe of Antrim. Eric Scott was educated at Mark Street National School, Coleraine Academical Institution and Queen’s University Belfast. He had a vocation for the Presbyterian Ministry and studied at Assembly’s College Belfast for the years 1916-1920. He then attended a post-graduate session at Princeton Theological Seminary, graduating as Bachelor of Divinity in 1921. He spent the summer months of 1921 on Home Mission work in Saskatchewan, ministering to congregations at Pasqua and Davy Corner, near Regina, before returning to Belfast in October 1921. Following periods as Assistant Minister in Belfast and Derry he was ordained as Minister of First Ramelton Church on 11 June 1923, where he spent his entire ministry. In 1925 he purchased a car, in which he toured Donegal and later the entire island. In 1930 he married Bee Knight, of Belfast and they had three children. He retired in 1966 but remaining in Ramelton as Senior Minister until his death in 1971. He had responsibility also for Rathmullan congregation during the 1950s and 1960s. On his retirement Assembly’s College awarded him the degree of Doctor of Divinity. This selection of photos from his albums concentrates on the period from 1912 to the 1930s. Thereafter photographs were mainly the concern of his wife Bee.