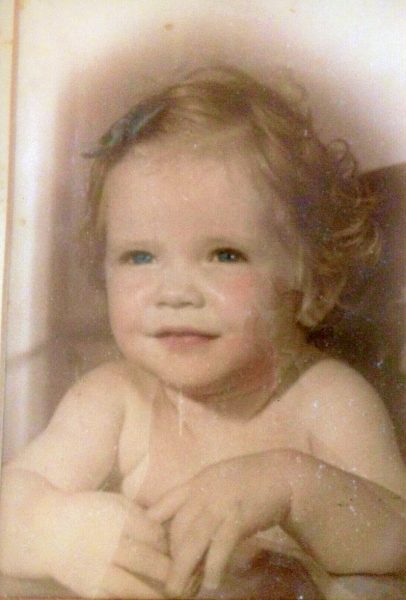 Abigail Parker was born in New Jersey in 1986 and lives in Washington D.C. Her paternal great-grandparents were Elizabeth Frances Duffy (1877–1945) and Daniel Eugene Duffy (1868–1930). Daniel came from the borderlands of Derrynoose and Elizabeth hailed from Castleisland, County Armagh. Abigail’s other great-grandmother was Catherine Collins Parker from Corofin, County Clare. Catherine was born in Ireland and emigrated to Connecticut in 1900.

This selection focuses on the Loretta Duffy Parker (1913–1986), Abigail’s paternal grandmother. Loretta makes her first photographic appearance in a formal family portrait from around 1914, with her brother Paul Duffy (1911–1918) and their parents (Abigail’s great-grandparents), Elizabeth and Eugene Duffy.

Loretta’s childhood was marked by tragedy and grief. Her brother Paul died age 7, when Loretta was just 5. In 1930, when she was 16, her life changed drastically following the murder of her father Eugene. This tragic event had a lasting impact, and Loretta would require treatment for mental health issues over the course of her life. She married Thomas Parker Sr., son of Catherine Collins Parker. Thomas worked for New Jersey Bell, and he and Loretta raised 12 children, in Queens, New York, and in Chester, New Jersey.