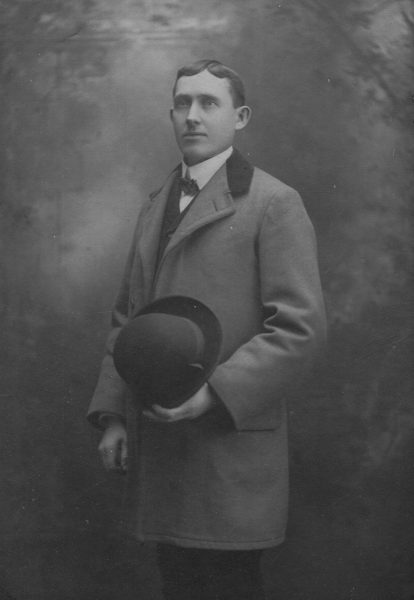 Brian Murphy’s paternal great-grandfather took part in the Irish Fenian Rising of 1867. Rather than being executed he was deported to Canada. In order to start a new life, he subsequently walked from Canada to Providence, Rhode Island.

Brian’s paternal grandfather John C. Murphy was born in Rhode Island. The family had a grocery store called Elmgrove Market in Providence. The business ran into difficulties during the Great Depression. Competition from the A & P supermarket chain and the family’s own soft-hearted generosity in extending credit to customers led to the close of the store. John C. Murphy died within months of the closure.

Brian’s grand-aunt, Mary McGovern, survived the sinking of the Titanic in 1912. Travelling in steerage and identified on the ship’s manifest as a 20-year-old ‘domestic’, she was coming to America to help her sister, Ann (McGovern) Meenagh, with the new baby — Brian’s mother, Anna Meenagh, who was born exactly 2 weeks after the sinking. More recent photographs include a portrait of Brian Murphy Jr. (Brian’s son), a Fighter Pilot with the U.S. Navy.