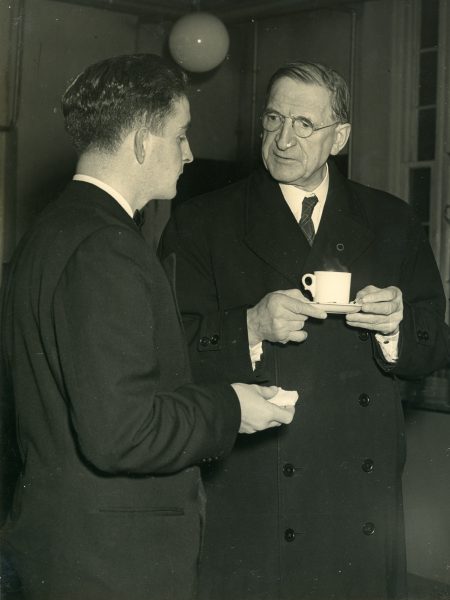 Hugh Grew was born in County Fermanagh in 1860. Keen to prosper, he immigrated to New York in the 1880s. He worked as a jockey riding show horses in Madison Square Gardens, and later managed an estate in Greenwich, Connecticut. His wife Jane also originated from County Fermanagh. She immigrated to New York in the late 1890s where she met and married Hugh. Jane and Hugh had two children, one of whom died young. Their remaining daughter Elizabeth Anne (b. 1911) is Mark’s mother.