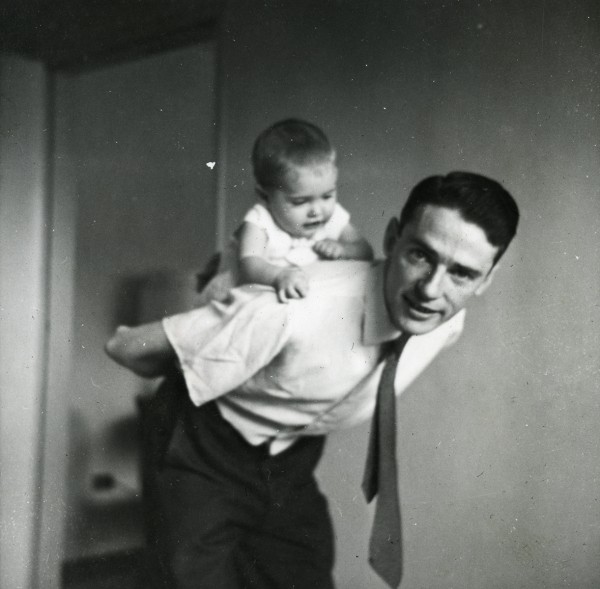 Declan Gilroy with baby Maureen, in Venezuela in 1960. Maureen was the first of seven children.

This expansive album, contributed by Kathy Gilroy-Barry, spans the twentieth century. Kathy’s parents, Declan and Maura (née Garvey) were married by proxy (a wedding in which one or both of the individuals being united are not physically present, and are represented by other people). Declan was working with Texaco Oil in Venezuela at the time, and Maura was not legally able to enter Venezuela as a single, unaccompanied woman. After their marriage, the couple spent a few years in Venezuela, before returning to Ireland, where Declan set up an accountancy firm. Maura and Declan have seven children; Maureen, Sarah, Stephen, Geraldine, Kathy, Declan, & John.

The photographs from Caracas, Venezuela, mark the period during which the economy of the country was shifting from a primarily agricultural one to one which was largely dependent on oil production, and this created a rapid growth in the infrastructural development of the city; the city’s period of modernisation (1950 – 1970) is represented in these photographs.