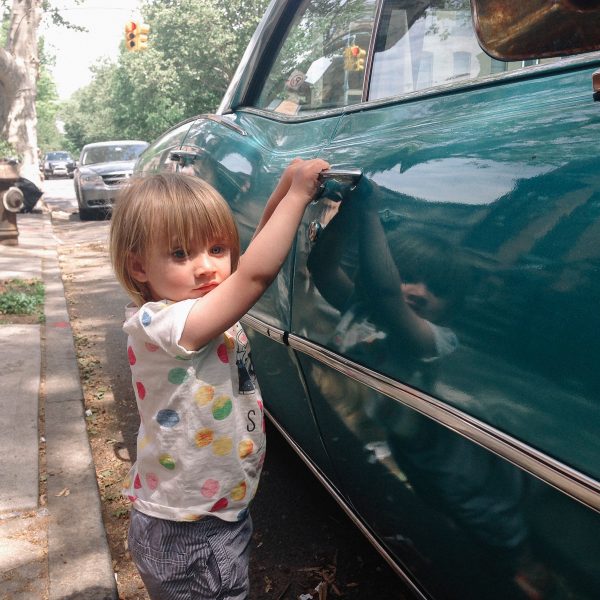 Rich Gilligan, and his wife Petria Lenehan, are recent immigrants to New York, having left Dublin in 2015 with their baby girl Robyn. After two busy years in Brooklyn, they are now enjoying a different kind of American life in the town of Cornwall in the verdant Hudson Valley. With New York City only a short train ride away, they are still kept busy, not least by the arrival in October 2018 of Simone Peggy Gilligan. Though Simone is the first to be ‘born in the USA’, the family’s United States connections go back a long way.

Limerick-born David Gilligan emigrated to the United States in 1845, just in time to escape the ravages of the Famine. He served alongside future General (and president) Ulysses S. Grant in the Mexican-American War, and was given land in Texas as payment. He sold up and returned to Limerick in 1850, setting up eventually as a pig dealer in Waterford. On his death in 1887, the U.S. Army sent a message to commemorate his role with the United States forces in the war.

Rich’s father, Gerry Gilligan was the eldest in a big family. As a child he moved into his grandmother, Elizabeth (Fenning) Gilligan’s flat in Waterford, providing company for her. This move freed up space for the younger children in the Gilligan family home. Gerry stayed with his grandmother during his primary school years. During this time he heard tales of his Uncle Jack, who had served with the Irish Army and had moved to live in Long Island, New York. Elizabeth went out to live with her son (Uncle Jack) in 1958. Gerry himself, still a teenager, went out to visit them during his school holidays in 1964, and again in 1965. His photos capture the spirit of optimism of the time.