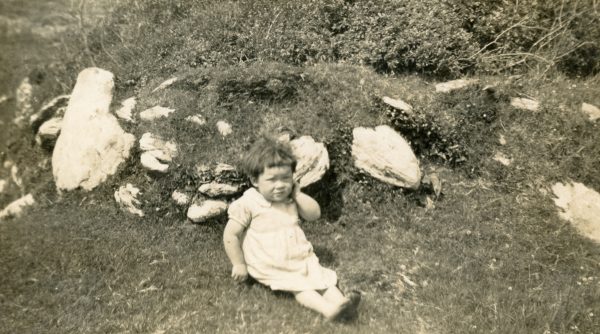 Mike Dwyer’s family album collection traces generations of migration and connection between the Beara penninsula in County Cork and the United States.

The Beara penninsula had a long tradition of copper mining. In the 1870s many of the miners originally employed in the copper mines in Beara moved to Butte, Montana where rich copper veins were discovered by a Cavan man, Marcus Daly. The mines were very dangerous and many miners lost their lives.

Mike’s grandfather, his brothers and three of their sisters all moved to Butte. Michael Dwyer travelled from Butte to the Klondike Gold Rush of the 1890s. He returned to Butte, bought a saloon and sent money back home to the family in Cork. In 1900
the Dwyer family used this money to build a fine double-fronted house, located in the picturesque setting of Eyeries, on the Beara Peninsula. The house is called “Klondike House” in Michael’s honour. It stands as a testament to the strong familial links between Ireland and the United States.

Mike Dwyer grew up in West Cork and attended the Sacred Heart College Boarding School in Cork City. He emigrated to the U.S. in the 1960s. He is the founder of the Beara Society.