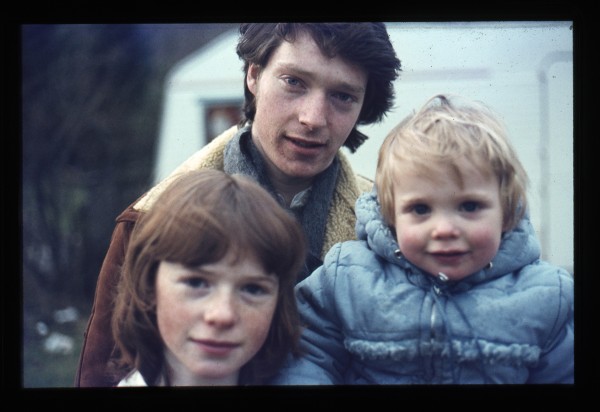 Declan Gilroy was a prolific and talented amateur photographer. The extensive collection observes all aspects of family life with great warmth and humour, from the families’ initial beginnings in Caracas, Venezuela where Declan worked for Texaco. This slide collection features photographs taken in County Sligo where Declan worked for many years. These slide images have been contributed by his daughter Kathy Gilroy-Barry, and their content spans decades. Declan started taking slides at the end of the 1950s when he and his wife emigrated to Venezuela in order to work and save money as the economic situation in Ireland at the time was not easy for a young couple hoping to raise a family. They stayed there for six years and returned with the first two of what would eventually be their seven children. The slides were all taken by Declan. He has a mischievous nature and enjoyed looking for the quirky side of life. Most of the slides were taken during the 1970s on Sunday afternoon walks.

“Sunday was the one day that my Dad did not going into the office to work, so every Sunday we went to 12:30 Mass in St Ann’s Church in Sligo town and afterwards we had our Sunday dinner, which was usually roast-beef with Yorkshire pudding and roast potatoes, followed by a dessert. A big part of growing up in our family was that every Sunday after dinner we were taken on drive to walk on one of the local beaches in County Sligo such as Rosses Point, Streedagh, Strandhill or Mullaghmore. My Dad used bring his camera along during the walks and capture the different children in our large family. On the way home we were allowed to stop at a shop to buy some sweets.

About 6 times a year we used to have a slide show night where we were all allowed to stay up late and watch the slides, with dad continually adjusted the focusing on the projector as was his habit. Part of the treat was that we were allowed to drink minerals and eat sweets during the screening of the slides. Looking back there was a big commotion involved in viewing the slides, and I often thought that if my parents had just taken photographs it would have been much easier to look through a photo album, but I don’t not think the collection would have stayed intact. One big advantage of having all our images on slides was that the viewings together as a family usually generated a lot of laughter, as we found great amusement in looking at each other in the various situations captured by Dad.

As we grew up and started drifting apart having met boyfriends and girlfriends the Sunday walks became less and less frequent, eventually stopping sometime in the 1980s. Christmas Day is probably the only time now when we meet up as a family and go for a walk together. These slides bring back feelings of nostalgia for when we were all young and full of energy.”