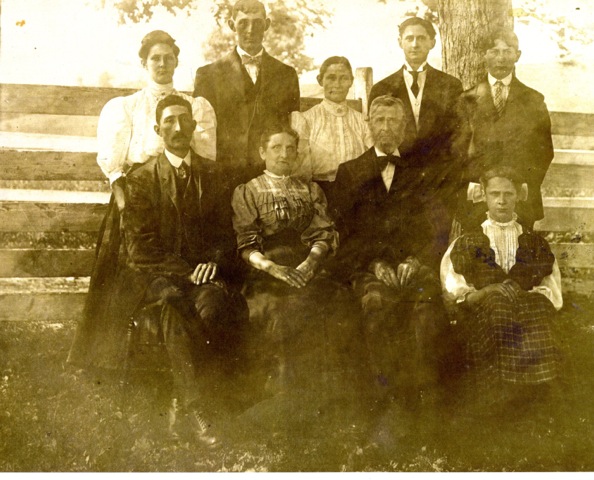 During the colonial 1700s the family of Gretchen Yohe Gutshall made their living in the fur-trade. By the 1800s the family were established as farmers. Many  of their family photos capture everyday scenes from their farm life in 19th and 20th century Pennsylvania include an ‘extended family’ of mules, goats, or prized Percheron draft horses.

During the American Civil War Elizabeth Gardner Yohe, her husband Joseph and family lived on a farm on the Gettysburg battle site. Joseph fought with the 165th Regiment, Pennsylvania Infantry of the Union Army. In the days before the battle at Gettysburg, pillaging Confederate rebels came through their land. Elizabeth hid her horses in the basement of their farmhouse and gave the rebels buttermilk. Joseph only learned of her quick-minded pragmatism after he returned home safely from the Union Army.